"The results may come as no surprise considering statistics that reflect how plentiful Bibles are in the nation. An estimated 92 percent of Americans own a Bible and the average household owns three, a 1993 Barna Research study found. More recent research puts Bible ownership at an average of four per household, which suggest that Bible publishers sell twenty-five million copies a year, according to The New Yorker. But the revered book, a testament to God's enduring love toward mankind, is read by just 45 percent of Americans in a typical week, the Barna Research Group reported two years ago.

Unfortunately, there was no percentages mentioned regarding each book. It's worth noting that Atlas Shrugged by the militant Atheist Ayn Rand is #9, but I also think it's interesting to see that while a lot of people think highly of the bible, and apparently read in it, they don't learn a lot from reading it. I guess they keep re-reading John 3:16.
I'll combine some surveys in a graph here: 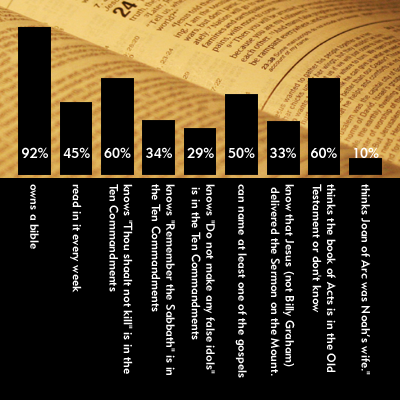 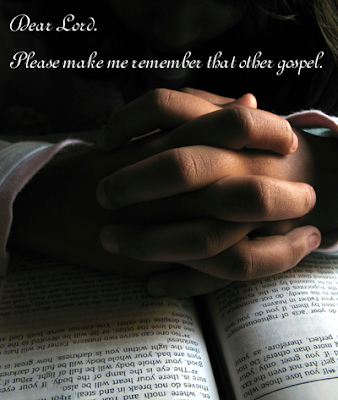