Fear of death is highest among Muslims

"Many people assume that religious people are less anxious about death than the non-religious. After all, the most popular religions (Islam and Christianity) explicitly hold out the promise of eternal rewards for the faithful.

However, it's not quite that simple. After all, traditional versions of these gods are also pretty vengeful, and if you believe in a vengeful god, then you have to face the distinct possibility of some pretty nasty experiences after death. After all, even holy people usually have some guilty secrets.

Even more striking were the results in the USA. Here, there was a curvilinear relationship - death anxiety was highest in those with average religious feelings.

"Some research has suggested that religious people may have a buffer against major depression -- but new findings cast some doubt on that.

Researchers said people who develop depression might be more likely to stop going to services, which could explain why those who regularly go to religious services have lower rates of depression than the less-devout.

The new study found evidence of just that.

Among 2,100 Americans followed from birth to about middle-age, women who had developed depression early in life -- before age 18 -- were more likely than others to stop going to religious services by their early 20s.

Among men, there was no link between depression and churchgoing habits." 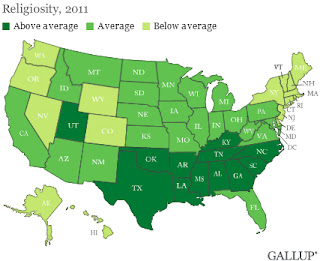 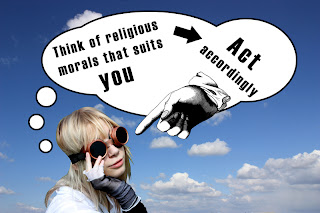 2030: The year Britain will cease to be a Christian nation with the march of secularism 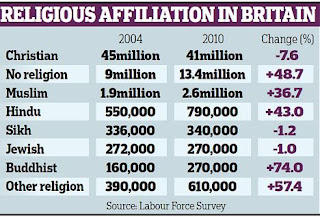 "The march of secularism means Britain may no longer be a Christian country in just 20 years, a report said yesterday.